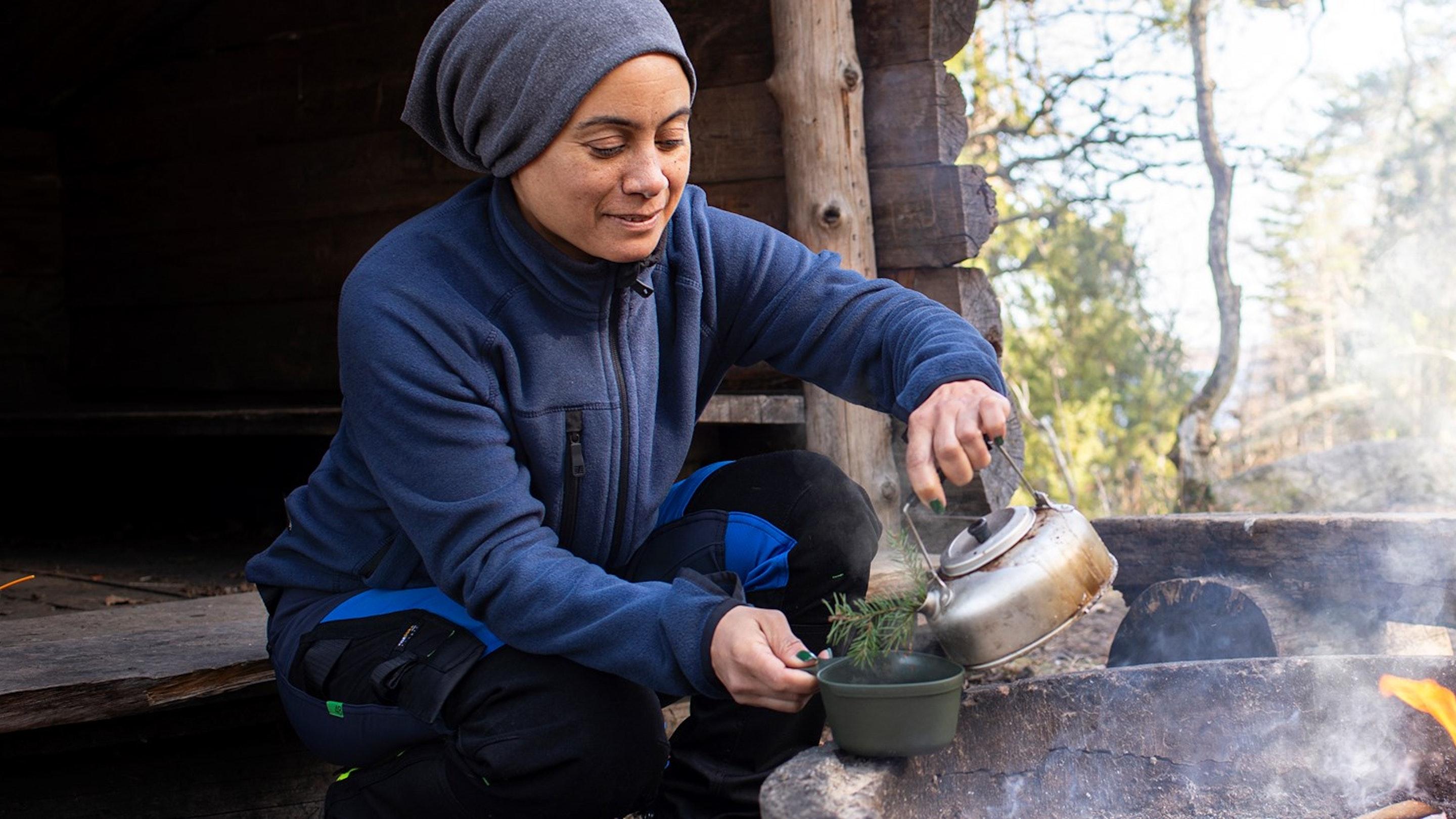 A childhood spent playing in the great outdoors meant that Nicole Rimér, at a young age, started thinking about the function of clothing and the global textile industry. Today, as the Head Designer of Snickers Workwear, she is a pioneer in smart, technical workwear. Workwear that makes a difference to users and the environment alike. With bare feet on slippery rocks, Nicole rinses her camp kettle in the still spring-cold waters of Tallaröfjärden in Bogesundslandet Nature Reserve in Vaxholm, a place she frequently visits to get energy and inspiration. Today she is here with her three children to play and cook over an open fire. A typical weekend outing for the Rimér family. But also a form of preparation for their upcoming climb of Kebnekaise, which was the idea of Nicole’s youngest son, just seven years old.

Nicole’s interest in functional clothing was born out of her passion for the great outdoors and extreme sports. With several well-known outdoor companies on her résumé – such as Fjällräven, Peak Performance, Lundhags and Houdini – she never even considered leaving the outdoor industry. Until she received a call from Snickers Workwear’s headhunter.

“I was very sceptical, until I realised that the overarching goal of workwear was design on the same level as the best sports and outdoor clothing. That was seven years ago and the start of an awesome journey of development.” As Head Designer at Snickers Workwear, Nicole has worked tirelessly to find new solutions for preventing work-related injuries by means of appropriate clothing and smart technology. For example, she has designed certain garments to have sensors sewn in, which alert the user when they are exposed to hazardous noise levels or perform excessive squatting during a workday. At present, the garments are still being tested in the lab, but a major step has been taken. Nicole is currently working to broaden Snickers Workwear’s clothing line for craftswomen.

“More and more women are choosing artisanal professions, but the range of clothing is limited and is overly colourful and patterned. Our target group appreciates a feminine fit, but also wants to be able to blend in and be part of the team.”

“Every garment I create is like solving a giant Rubik’s Cube.”

The fleece Nicole is wearing today is one of the new products being launched this spring. Sewn in Polartec® recycled polyester and with many smart features such as thumb grip, chest pocket and drawstring at the bottom.

“I’m very proud to work for a brand with the ambition of being at the forefront when it comes to workwear adapted for women. Clothes are an important marker and perhaps the first step towards truly opening up the industry to women. But there’s a lot that still needs to be done. The journey has only just begun!”

Best thing about my role: The constant challenge of fitting all the pieces together – fit, design, durability, function and environmental considerations – in this extremely function-driven industry. Every garment I create is like solving a giant Rubik’s Cube. 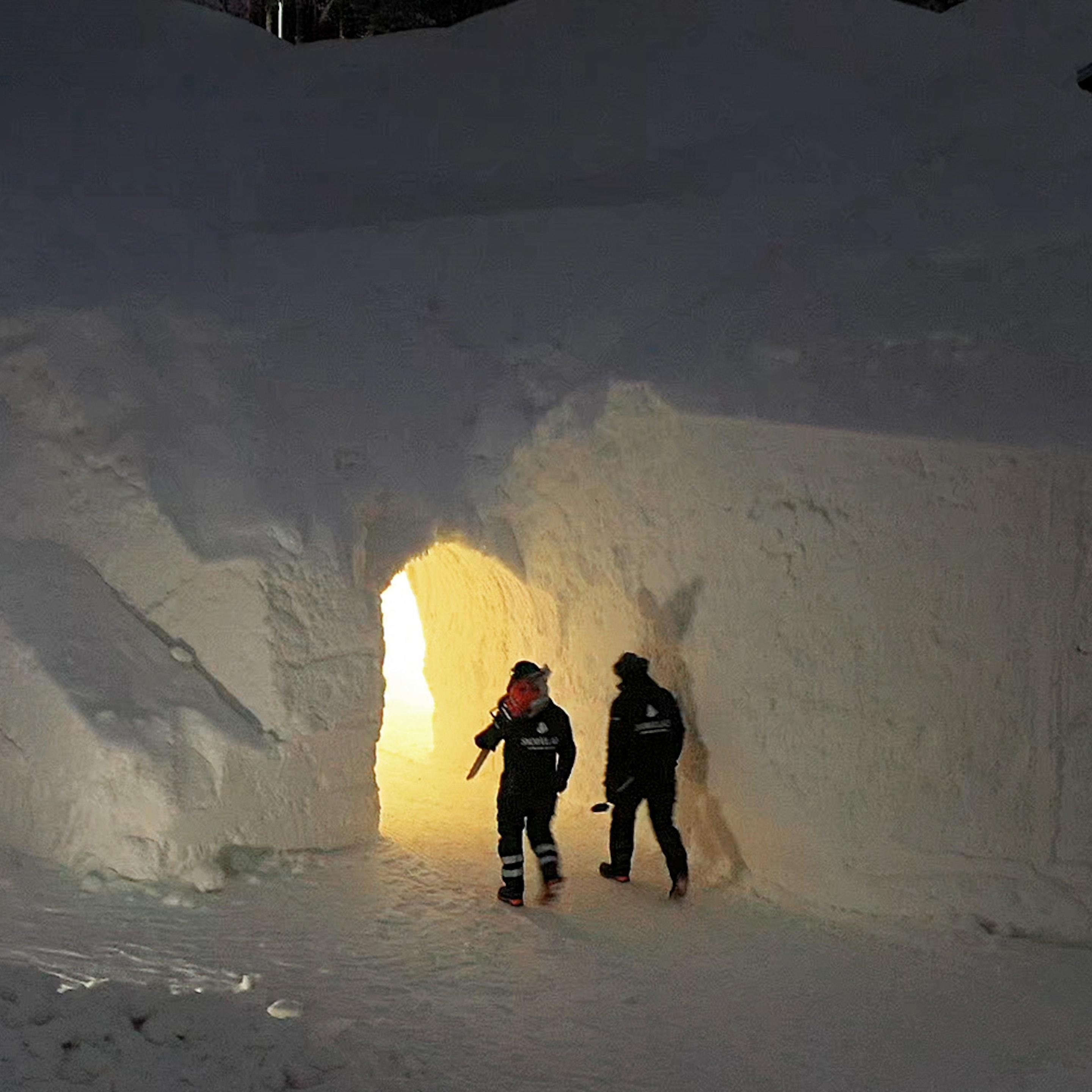 Follow the guide to find the perfect trouser, jacket or gloves that fits your needs.